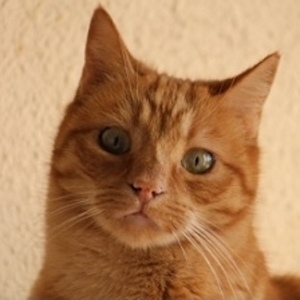 Cindy is one of five kittens that were found in a box on the street and taken in by a lady that rescues cats in Malaga. One of the kittens stayed with that lady, and we took in the other four, two boys and two girls.

When Cindy was quite young she developed poly-arthritis along with her siblings, which meant that by the time her treatment was finished she was too old to be adopted.