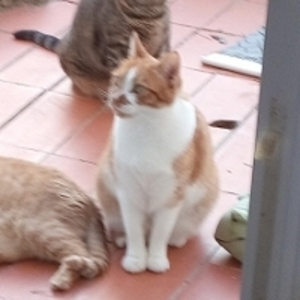 Gus was one of five kittens found when they were about four weeks old, along with his remaining sister Cindy.

He was born about Easter 2012, and is in relatively good health. When he was a kitten he had poly-arthritis which was treated successfully, but he developed a habit of laying on his back with his paws in the air.